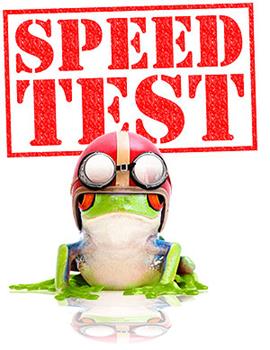 How Much Internet Speed Do You Need? Data Speeds Deciphered!

We’re all relying on the internet more than ever — the last thing you need is for your connection to slow you down. But how much internet speed do you need? And is speed the only thing that keeps your internet hopping along?

Speed comes into play differently when a significant portion of an organization’s staff is working remotely. The company needs enough bandwidth and the appropriate routing protocols to handle the extra internet traffic to and from their servers, and employees working remotely need to have fast enough internet at their locations to stay productive. Here’s what you need to know:

Quick review of the lingo

Broadband: A broad (wide) band of frequencies that allow many different types of traffic to be sent or received at the same time — voice, video, data, and TV all on the same connection.

Packets: Small pieces of information (data) on the web that contain the text, images, and video you experience on your device. They travel on the information highway as small pieces of a puzzle. You need all the pieces on the receiving end to understand the message being sent. Packet loss is when some packets don’t get where they’re going so you get jittery or inconsistent performance.

Bandwidth: The maximum (width) or capacity of your connection (highway). The greater your bandwidth, the more packets you can send at one time.

Mbps: “Megabits per second” is the unit used for measuring how much data (packets) are being transferred per second. Higher Mbps means more data.

Broadband: High-speed internet with a minimum download speed or 25 Mbps and a minimum upload speed of 3 Mbps.

Latency: How long it takes your data to make it to its destination. This varies due to distance (geography), congestion, filters and other circumstances and is represented by the number of ms (milliseconds) when you test your Internet speed.

Peering: No one carrier owns the entire internet. The internet is comprised of many different companies all connecting to each other. Peering is when internet carriers buy connections from each other to route traffic to destinations or from destinations not directly connected to the network. Internet congestion typically happens at peering points (like cars on an interstate’s on- and off-ramps).

Routing: The process of selecting a path for traffic in a network, or between or across multiple networks.

Service Level Agreement (SLA): Contract between an ISP and an end-user that defines the expected level of service.

Deciphering speed for your business network

STEP 1: Know if you’re too slow
Are your customers or employees complaining? If your company is using less than 80% of your available internet bandwidth, it’s probably good enough to keep everyone happy. If you’re routinely using more than 80% of the available bandwidth, you will be getting complaints. However, just because you have slow internet does not mean that you do not have enough bandwidth. The problem could be with bandwidth, latency, or a combination of the two (or even other reasons).

STEP 2: Measure the speed of your network
Ask your IT department to report on the throughput you’re actually getting. They’ll collect data from your firewall or router and can also contact your ISP for a report.

STEP 3: Compare what you’re using to what you’re paying for
If your ISP isn’t living up to your agreement, you need to contact your ISP. And it’s much easier to get your ISP to hold up their end of the bargain of the SLA when you have the data in hand. If they are making good on your SLA, then you need to do more troubleshooting.

STEP 4: Determine if your slow network is caused by latency or bandwidth issues
Bandwidth: If you’re routinely hitting your SLA’s max bandwidth, you don’t have enough capacity to cover the times you need to push more packets through the pipeline (bursts). For companies leveraging the cloud, as a rule of thumb, you need roughly 1.5 Mbps per employee. For example, a 50-user company using Office 365 and Salesforce should have an aggregate of 75 Mbps of internet bandwidth while companies whose employees use the internet for email and web browsing only need much less. Another rule of thumb is to look at your company’s average speed and then double it — you want 50% more speed available to handle bursts.

Latency: If your bandwidth looks good, then your IT team will look at the routes your network uses. There could be bottlenecks leaving your facility or traffic jams at peering locations or other points along the route. Once the problem areas are located, your IT team should work with your ISP to reroute your traffic, which will speed it up. Buying more speed from the ISP, even if your ISP wants you to, won’t fix a peering problem. Internet routing protocols are supposed to find the best routes automatically but sometimes they don’t. Think of it as GPS routing for a road trip. You can get stuck in traffic if your GPS doesn’t reroute you around an accident. The newest routing protocols look at response time in addition to the shortest distance.

Latency plus bandwidth: Sometimes, you have more than one problem going on. Start by solving the bandwidth issue by adding capacity then work on the latency issues by fixing the routing.

STEP 5: If you need to buy more capacity, consider buying it from a different carrier and/or different channel
Cover your bases by combining two different ISPs (and types of circuits) to arrive at your ideal Mbps. That way if there’s a problem with your main channel (or a problem with your carrier), the other can kick in. For most companies, it makes sense to use broadband for most of their internet use and add fiber, which is more expensive, for bursts or specific types of traffic. With the right tools, your IT team can classify traffic into different categories then prioritize the categories. And if your team is really geeky they can even prioritize certain websites.

STEP 6: Monitor your network
Your IT team can respond to problems faster if they continually monitor your network for problems, including security issues. Often, they’ll be able to reroute traffic with your ISP before your staff is affected very much.

Part of Leapfrog’s service is to continually monitor internet service and advocate on our client’s behalf with IT vendors when there’s a problem. We use tools to measure usage and pinpoint information about network congestion down to specific locations — it helps to have the data in hand when troubleshooting. We strongly recommend companies have more than one internet connection to reduce the likelihood of problems with speed.

Deciphering speed for your home network

Step 1: Test your current speed by visiting speedtest.net
Speedtest.net will give you three numbers: your ping, your download speed, and your upload speed. Try it at different times of day to see how the speeds fluctuate — your fastest times will probably be in the middle of the night when the web has less traffic. Once you know your numbers, you can see how they measure up to the recommended standards below. You can also see if your Internet Service Provider (ISP) is delivering what you’re paying for.

Step 3: Know what your home needs:
First, determine what you use the internet for and how many devices are connected at the same time. Are one or more people in your household working (or schooling) from home? And are other people gaming or watching Netflix at the same time? For a basic guideline, see the FCC’s speed guide or Household Broadband Guide. You can add up the numbers on the FCC charts and use these download speed recommendations after adding up your totals:

Step 4: Choose your speed … for right now
Once you’ve answered the question of how much internet speed you need, compare it to your current plan. You may need to upgrade your plan along with your modem and router to get the speed you need. If you’re unsure your modem and router can handle faster internet speeds, just ask your ISP — they may offer you a good deal on new ones. Keep in mind buying them outright can be less expensive in the long run than renting them from your ISP.

Also, if you see ads touting Mbps that are ten or more times higher than those listed above — and those that are in the Gbps ranges — keep in mind these super-high speeds are maximum speeds under optimal conditions, which include four things:

1. Your highway infrastructure (DSL, cable, fiber)
2. Your modem
3. Your router
4. All of the servers along the highway to and from your home

If just one of these things can’t handle the speed, you won’t get the advertised lightning-fast speeds. But do you really need it? Now you know!