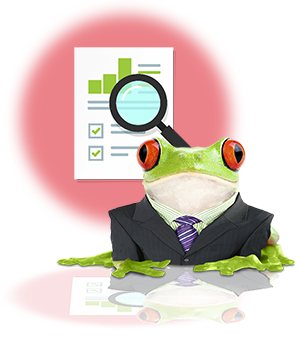 RFPs for IT Service Partners: Dos and Don’ts

Do you want to outsource some or all of your IT to a managed service provider? Then send out a Request for Proposal (RFP), right?

Wait, not so fast. RFPs can be a great way to compare prices from IT vendors when you know exactly what you want and why. But when it comes to finding the right managed services provider, consider enhancing (or possibly replacing) the RFP process with an interview process. Here are three real-life examples of how an RFP alone might not meet your needs:

An effective RFP process starts with an effective RFP. If an organization is fully up to speed on designing IT architecture to meet business strategies, it can prepare an RFP that gets precisely the types of proposals it’s looking for and it will be able to compare them apples-to-apples.

But if an organization isn’t up to speed on the latest IT architecture, doesn’t have an experienced full-time CIO or solutions architect, or has a thin or overworked staff, writing an RFP that delivers the needed results is more challenging. Organizations that could use help preparing effective RFPs are the ones that will benefit most from including interviews in the process as well. There’s more for them to consider as they move forward than just the bottom line.

In these three examples, we present summations of RFPs we’ve received at Leapfrog Services and how we think each could’ve been improved from a potential partner’s point of view.

Example #1: A growing nonprofit wants to migrate to the cloud

How the RFP was presented
An organization was ready to upgrade its IT system. The RFP explained that the organization had 200+ users, four locations, six servers, a few apps, and was currently using aging desktops. For the upgrade, the organization wanted to implement virtual desktop infrastructure (VDI) and preferred to use VMWare VDI in the cloud. The request included pricing for implementing VDI, migrating their servers to the cloud, truing up their software licensing, and supporting their 200+ users moving forward.

Why it fell short
By framing the RFP more like a Request for Quotation (RFQ), the decision-making criteria were set up as a VDI price comparison rather than managed service comparison, which was the actual long-term objective.

How they could have improved their approach
While the consultant they hired to write the RFP did what was requested, the organization would have benefited from first having had conversations with a couple of managed IT candidates or an IT advisor. This would have allowed them to hear expert advice about their various options, gain insight into differences between expert opinions, and gauge each candidate’s business maturity level and problem-solving approach. It would also have helped them determine what constituted a good culture fit for the organization since they had never worked with a managed IT service partner before.

What’s more, inviting potential partners to evaluate the situation before beginning the bidding process would have given potential partners the option of proposing a solution that included upgrading existing IT infrastructure, apps, and security. What if their most effective (and also cost-effective) solution wasn’t migrating to VDI after all?

Example #2: An established company wants to outsource its IT to leverage the new partner’s tools

How it was presented
A growing company had an in-house data center, aged infrastructure, and an IT staff of 15-20. Its goal was to retain new CIO and its IT director, and outsourced IT operations to a partner to reduce costs and improve efficiency. The RFP included an inventory of its current IT assets and asked what outsourcers would charge to manage it.

Why the RFP wasn’t effective as presented
The company requested proposals for a solution that wouldn’t solve its problem.

How they could have improved their approach
After a couple of initial meetings with managed IT service providers before sending out the RFP, the organization would have learned its key assumption was not correct. It was not possible for an outsourcer to manage the aging system at a lower cost than in-house management. At least not right away. The IT system would need to be upgraded first — it has to be a manageable system to realize any cost savings. For the first couple of years during the upgrade period, the cost of outsourcing IT management would be higher than the current costs, partly due to the cost of risk that the outsourcer would need to absorb during that period. Once the system was refreshed and manageable, costs would come down below the current levels.

All of the proposals came back with higher costs than the company expected — none were able to offer cost savings until year three. Completing an IT assessment before writing the RFP would’ve saved the organization time, resources, and the effort of having to regroup.

How it was presented
A growing company sent out an RFP to partners who could help it quickly scale its IT and onboard newly acquired companies. The in-house IT staff was struggling to keep up with the company’s consistent growth — expanding the architecture and building the IT team to accommodate each new property was challenging. The company was looking for a consolidated IT model from a partner that could easily onboard two or three new properties each year.

Why the RFP wasn’t effective as presented
While the RFP did a good job describing the company’s business goals, it did not include enough information about the current system for respondents to prepare proposals that could be compared to one another.

How they could have improved their approach
Without clear parameters about the scope and without a mechanism to clarify it — site visits were not allowed and neither were IT assessments — the respondents had to make assumptions. This led to proposals that were all across the board, which is not the kind of result that’s helpful for decision-making.

Meeting with potential partners or an IT advisor beforehand would have been a better strategy than jumping right into an RFP process. It would have allowed experts to help the company to clearly define its current situation and identify the kind of rapid-deployment model that best matched their needs. This would have also helped the company choose which managed IT providers should receive the RFP to begin with.

Sharing details will help your process

At Leapfrog, we learned years ago that prospective clients are usually happier in the end when they let us do an assessment before we submit a proposal. Sometimes the assessment is a conversation and other times it’s a lot more in depth. When we (or any outsourcer) can understand your current situation by asking the questions that matter to us the most — and possibly by doing some hands-on research of your system — we can deliver a much better proposal. Assessments aren’t usually part of a typical RFP process.

The flip-side of allowing potential IT partners to assess your IT is you get to assess them, too. In fact, in many ways choosing an IT partner is more like choosing a high-level staff member than a vendor.

Enhance your RFP process with the most effective decision-making tool available: the interview process

The best part about using the interview process to enhance your RFP process is you already know how to do it. Just follow the same procedures and techniques you use when hiring for a leadership position, especially when hiring a new CIO or IT director.

If your organization is a small or medium-size company, you might want to skip the RFP process entirely. Instead, a series of interviews will allow potential partners to conduct their own assessments and propose solutions they think will deliver what you need.

Another RFP enhancement strategy is to hire an IT advisor to do an IT assessment and write an RFP that clearly defines your current situation and goals based on the results. This can be a very effective approach if you don’t have a full-time CIO driving your IT strategy.

On the other hand, if you already have expert internal resources that have designed the IT architecture they want and have decided it’s more effective to outsource these components to an IT vendor, then an RFP based on price may be just the ticket. This is a different situation than finding the right managed IT services partner.

The most important thing is that you find the right partner to help you be successful. The right partner will want to be a good advisor — let them! Structure your RFP process so that you get the proposals you need to make the best decisions for moving forward.

PrevPreviousThe Marriott Breach: How Fake Emails and Other Scams Will Make It Even Worse
NextSomeone Stole My Company Laptop! Now What?Next