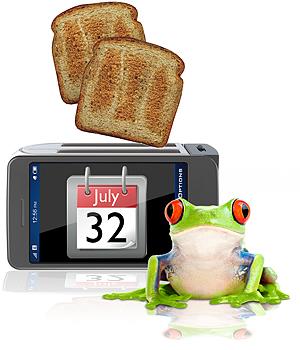 Smartphone Acting Weird? 6 Signs You May Be Hacked

(UPDATED): If your smartphone is acting weird, something is up. Is it a glitch that will go away when you turn your phone off and on again? Or could it be hacked?

Since smartphones can be hacked just like computers, odd changes in phone behavior that continue after you’ve turned it off and on again mean more than a simple tech glitch. Malware designed to extract your data, lock up your phone until you pay a ransom (ransomware), or using your phone as a spam-sending tool is super-profitable for hackers. So, they’re super-common, too — especially during times when people are distracted and less likely to be less careful about what they download, such as during a pandemic.

Here’s how to tell if your phone may be hacked

On the other hand, your phone could be acting weird because it has a hardware problem — the power button or charging port can fail, for example. Pixel problems tend to be hardware problems, and so do some battery-draining issues. Call tech support if you’re experiencing any of these. Hopefully, your phone is still under warranty.

Clues not related to phone performance

Maybe your phone is acting fine but you notice other strange things that could be related to hacking, such as:

Too many texts. If your invoice shows texts you didn’t send, your phone could be being used to send spam. Hackers who send text spam don’t want to pay for it. They’d rather use your phone and have you pay. If you have an unlimited plan, your phone could be sending countless texts without you knowing it unless you look at your bill.

Pilfered balance. If you have a lower-than expected credit balance in your Google Play account, it could be due to hacking. Someone is spending that balance. It could be malware from a fake store.

Unexpected account activity. If accounts linked to your phone are showing unusual activity — password resets or odd verifications showing up in your email inbox are two examples — a hacker may have gained access to your phone. Which means the hacker can get access to your app accounts, too (ouch).

Keeping an eye out for anything unusual related to your phone and app accounts is a good idea, especially if you have an Android. There’s still far more malware created for Android devices than iOS devices because the operating system (OS) is open source. And while it’s best to only get Android apps from the Google Play store, it doesn’t mean you won’t unknowingly download malware. In 2019, about 25,000 malware apps were uploaded to Google Play.

If you think your phone may have been hacked, here’s what you can do about it

When to tell your employer about a smartphone acting weird

If you use your smartphone for work, you need to tell your company if you think your phone might have been hacked. It’s the right thing to do — you don’t want to spread an infection to your company’s network or put its data at risk. Plus, you could be protecting yourself because any bad actions taken against your company through your phone could look like they came from you!

If your employer is a Leapfrog client, please contact our IT Support Center so we can troubleshoot for you.