Home » Business & IT Alignment » Windows 11 and Older Computers: Why You Need to Update Your Lifecycle Plan 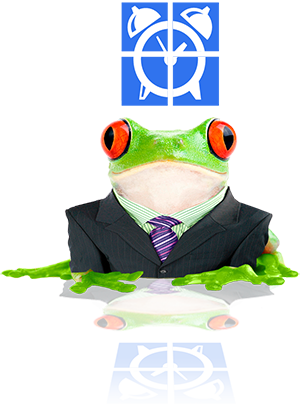 Windows 11 and Older Computers: Why You Need to Update Your Lifecycle Plan

Your users have upgraded to Windows 11 but now their apps are running slower — what’s going on? Chances are their computers don’t have the hardware or processors they need.

Windows 11 is a robust operating system (OS) with advanced security features that are important in today’s threat environment. But these features can slow down older computers and occasionally computers that are only a year or two old.

Windows 11 security features require more memory and processing power than what’s readily available on older computers. If your computer can’t handle the workload, your apps slow down because they have to wait for your computer’s resources to become available.

Slower computers slow productivity, and no one likes that.

What are older computers missing?

For reliable Windows 11 operation, computers need a multi-core processor, an 8th-gen Core CPU or above, 4GB of RAM, and a TPM 2.0 chip — Microsoft lists the hardware requirements.

But it’s not just the hardware. Certain feature sets are built into specific computer processors, and some support Windows 11 while others don’t. Users can download a Windows app to check their computer’s compatibility.

Since Windows 11 is free and users are excited to use the new features, a lot of employees have installed it without checking compatibility. The latest update for Windows 11 presents them with a new “requirements not met” notification if that’s the case, which surprises users since they had been able to install the OS without a hitch.

Employees using company computers probably shouldn’t be installing a new OS themselves even if they want to use it. That’s typically the IT department’s job as part of device management, which aligns with the company’s lifecycle plan.

“Most organizations follow the traditional three-year or five-year lifecycle planning model, which replaces a percentage of the organization’s computers each year — it makes sense when the priority is managing cash flow. But the traditional model is no longer ideal because it may not be enough to keep companies secure,” says Emmett (Trey) Hawkins, Leapfrog Services CTO.

In addition to being able to run all of the Windows 11 security features while keeping workers productive, newer devices can run the latest, most effective security tools, especially Endpoint Detection and Response (EDR). Leapfrog now considers EDR a must-have tool to meet updated industry standards and cyber insurance requirements.

The cost of keeping older computers

Continuing to run Windows 10 instead of Windows 11 can cost a lot more than buying new computers if your company experiences a breach, hack, or ransomware attack and must deal with the aftermath.

Yet, it can be a paradigm shift to consider buying all new computers for your IT environment in a single year.

For years, users didn’t experience performance issues when running newer operating systems on older PCs. You could upgrade from Windows 7 (and sometimes Windows XP) without buying new computers. With the proliferation of SSDs, which last longer than hard drives, you could stretch out PC life and, recently, pandemic-related computer shortages made it tough to find new computers. It’s understandable why many companies have been extending their traditional computer lifecycle plans and now find themselves facing hard decisions.

“The largest attack surface for any business is its computers,” Hawkins says. “The most important goal for companies in 2022 is to improve their security postures across the board, and Windows 11 is the most secure operating system.”

Finding the right balance between security and productivity is a puzzle as old as the PC. In this case, keeping older computers can cost you both.

What are your options?

The supply chain no longer holds you back

It appears the dog days of COVID are over when it comes to the PC and notebook supply chain, at least right now.

While shortages for storage systems and other infrastructure components continue, computer inventory and lead times are currently almost back to pre-pandemic levels — you might be able to get new computers in as soon as two weeks. But Leapfrog cautions about spending time trying to find discounts. Pre-pandemic, there was so much inventory that you could find deals by shopping around but, today, demand is too high.

PrevPreviousU.S. Companies Could Be Vulnerable to Cyber Warfare
Next5 Reasons Leapfrog Has Elevated EDR to a Must-Have Security Tool in 2022Next