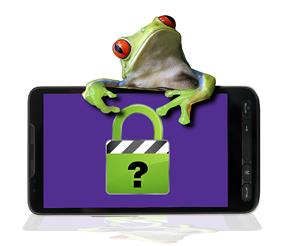 7 Smart Ways To Protect the Information on Your Smartphone

You know your smartphone can do everything from check email to scan barcodes to play (addictive) games involving angry birds — sometimes it’s even more fun than your date!

But did you know it can also give criminals access to your personal information? And even be enlisted to spy on you?

You may have heard that last month Google had to pull more than 50 apps from its Android Market because they were infected with malware (malicious software). Google took the apps off its site and removed the malware from 50,000 – 200,000 devices remotely, so while the problem was handled relatively quickly, it was the first of what’s sure to be many more smartphone attacks.

There are lots of reasons these attacks are inevitable — the smartphone market is new, new models of phones are rushed to market in order to give a carrier a device driven sales advantage, there are loose platform standards. The driving concept for the Android Market is to be “open” so anyone can create apps that can run on many different phones and carriers. In addition to apps, malicious code can make its way onto smartphones through email, SMS (texts) and Bluetooth.

Since the technology is evolving so quickly, security products haven’t caught up yet. For now, installing protective software like DroidSecurity (free) or Lookout (free or premium version for $29 a year) can certainly help, but they will probably be only 50% effective.

If you don’t want to deal with security issues at all or aren’t a savvy smartphone user, consider an iPhone. Apple requires developers to submit their apps for testing and review before being accepted on iTunes, the only place you can get iPhone apps. But if you “jailbreak” your iPhone to unlock its features, be aware you’re also making it as vulnerable as Droids.

There is a middle ground between Google’s free-for-all and Apple’s rigorous control: Microsoft’s platform. While it’s still open source, Windows Phones (just like your Windows Operating System) let you know which apps have been verified and which haven’t.

And about your smartphone spying on you? Here’s how it works: when you combine multiple sensors — microphone, camera, GPS — with third-party software that can operate a smartphone remotely, your awesome pocket computer becomes an equally awesome 007 device. And you don’t have to be using it for the sensors to start recording … it just needs to be on!

Here are 7 hoppin’-smart ways to protect your smartphone:
1. Don’t store sensitive information on your phone (including passwords)

2. Don’t send sensitive information by email (including in attachments)

4. Check out an app’s publisher and reviews from reputable sources

5. Pay attention to the permissions the app is requesting — do they make sense for that particular app?

7. When using WiFi hotspots, make sure you’re connected through an official trusted service and not being tricked onto an unsecured peer-based network

PrevPreviousDon’t Be Duped! 6 Ways to Recycle Your Electronics for Real on Earth Day (and Every Day)
NextHow can one nonprofit help over a thousand others? Show ‘em the ropes!Next