Home » IT Cost Management » Budgeting For Windows 7 End of Life: What’s Involved and How To Get Started 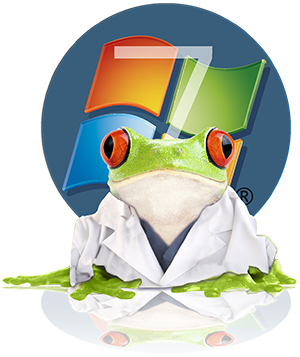 Budgeting For Windows 7 End of Life: What’s Involved and How To Get Started

On January 14, 2020, several Microsoft products will be phased out, including Windows 7. If your organization still uses Windows 7 on any of your devices, including servers, you have some decisions to make. Updating to an entirely new operating system (OS) is a big deal — the more devices and apps that run on it, the bigger a deal it is.

Don’t procrastinate! Take a look at our six-step plan for how to budget a successful transition to Windows 10 and our rebuttal to the 11 most common reasons organizations put off upgrading their OS — do you recognize any of these?

The end of Windows 7 is nearer than it seems

Windows 7 End-of-Life (EOL) means the beloved OS Microsoft rolled out in 2009 will be vulnerable to intrusions in a few short months — Microsoft will no longer be patching the OS. No matter how great you think Windows 7 is and no matter how many millions of devices are using it, it’s a bad idea to run your organization on an unsecure system. Something will eventually go wrong.

Handling any EOL transition is a methodical process. The complexity, cost and speed of that process depend on your organization’s unique IT environment and the level of risk your organization faces. Your situation will be different, for example, if you have critical legacy apps running on Windows 7 or if your team is already using Virtual Desktop Infrastructure (VDI).

Microsoft provides information to help you along. It includes a Windows 7 EOL FAQ and articles on how to deploy and update Windows 10 and different Windows 10 deployment scenarios, among other resources. The Windows lifecycle fact sheet lists details for Windows 7, 8 and 10.

How much will it cost to migrate to Windows 10?

Your cost will depend on a slew of variables: The number of machines running Windows 7, if you need to transition legacy apps, if you need to buy new equipment or can choose cloud-based services, how much data you have, the size of the staff or outsourced team you’ll need to complete the migration, the level of risk you face — all of these circumstances and others determine your final costs.

A rushed migration can lead to uninformed or poor decisions that end up costing your organization more than it should. If you haven’t already begun to run the numbers, now is the time.

11 reasons organizations procrastinate and why it costs them more

How to budget for updating to Windows 10: a six-step plan

No company can afford to continue to maintain products forever and Microsoft is no exception. In fact, Microsoft is speeding up the product life cycle due to increasing security issues. It’s up to each organization to manage its own transition and keep its business securely on track. Here’s an outline for your team:

Leapfrog has been involved in countless OS migrations for our clients — that’s because we’ve been providing managed IT services since 1998 when Windows 95 and Windows NT4 were running. While migrations can be challenging, they’re much less so when you have a strong plan based on your business objectives and expert IT advice. You’ll get it done in risk-based priority order with as little productivity loss as possible. If you need help with your plan or allocating your Windows 10 migration budget effectively, please contact one of our representatives. We can do a network risk assessment to identify any computers, servers, and apps in your environment that are past their end of serviceable life.

And make sure to contact us soon! January 2020 is right around the corner.