Home » Cloud » How Green Is The Cloud? What Businesses Should Know About Where Data Centers Get Their Energy 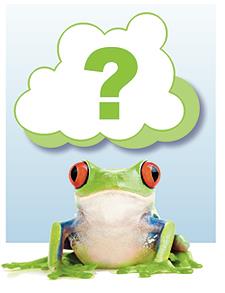 How Green Is The Cloud? What Businesses Should Know About Where Data Centers Get Their Energy

JUNE 2012: It’s true: hopping up to the cloud can make your business greener.

By using computing services instead of operating (and cooling) your own hardware, you reduce your energy consumption, your energy costs and your carbon footprint — hooray for your bottom line and the environment!

The Carbon Disclosure Project (CDP), a nonprofit working to reduce greenhouse gas emissions, estimates that the U.S. will save $12.3 billion in annual energy costs and the equivalent of 200 million barrels of oil in annual carbon emissions (what it takes to power 5.7 million cars) by 2020 if large U.S. companies keep on the cloud computing path they’re currently taking.

That’s a lot of savings.

In a recent report, Accenture came to optimistic conclusions, too. It found clear environmental benefits of moving to the cloud after analyzing cloud-based and on-premise versions of three of Microsoft’s mainstream business applications — Microsoft Exchange®, Microsoft SharePoint® and Microsoft Dynamics® CRM.

But is that the whole story? To understand the actual impact of a cloud (i.e., Internet) that’s growing exponentially, you need to look at where data centers are getting their electricity.

There’s not a lot of transparency there — many companies have not fully disclosed the kind of information that environmental organizations want. Data centers require vast amounts of electricity so they tend to be built in places where electricity is the cheapest, which often means in places where there’s a lot of coal. For the cloud to be green, it needs to be powered by renewable energy sources like geothermal, hydropower, wind, solar, biomass and other clean sources. Otherwise as it grows, it will pollute more, not less.

If you want to know how the cloud(s) your business is using stacks up, you can check out Greenpeace’s “How Dirty Is Your Data” report, report card and tables. It looked with a critical eye at the energy choices being made by the top 10 cloud players.

It found Akamai was the most transparent, Yahoo! had the strongest policy on where to locate its data centers, Microsoft was increasing its use of both coal and renewables, Google and IBM had the most comprehensive approaches to reducing carbon footprints, Amazon.com and Twitter were very secretive, HP delivered mixed results, and Apple chose cheap energy over green energy.

Since being slammed in the report, Apple has started building “the nation’s largest end-user-owned, onsite solar array” for its iCloud data center. And Facebook, which also did poorly in the report, is now building a data center in Sweden so it can use outside air for cooling and be close to hydropower.

People (and frogs) who care about being greener will see smarter energy use as smart business, in their own businesses and also by their service providers.

PrevPreviousThink Like A Pro & Save Time! Top 5 Computer Troubleshooting Tips
NextSpeed Up Your Computer! How To Uninstall Software Completely (PCs and Macs)Next