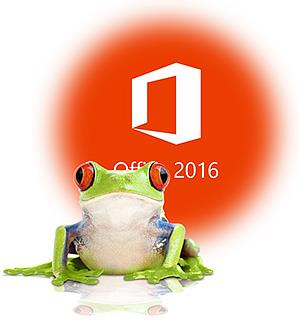 Office 2016: What’s Different, What’s Better and How Much It Costs

August 2015: If you’re one of the 1.2 billion Microsoft Office users worldwide, your go-to suite of apps is getting an upgrade. Does Office 2016 have a ton of shiny new features? Not really. Does it make it so you can work on your synced, cloud-based files across all platforms and devices — PCs, Macs and mobile? Yes, it does!

And you get a better touch environment plus a boatload of free storage space. Here’s what else you get:

The Office 365 version comes with 1TB (1,000GB) of storage space: That’s a lot of space. And a good value because you can use it for whatever you want, including cloud backup for all of your photos. Which means you might be able to offset the cost of Office 2016 by canceling backup storage that you have to pay for (Note: some Internet providers cap the amount of WiFi GB transfers you can make per month so you may have to pay overage fees when transferring data from one cloud service to another.)

What’s not better? Reviewers complain that the user interface takes up too much screen real estate and the new “Tell me” built-in assistant (search bar) doesn’t return accurate results for some relatively simple queries.

How much does Office 2016 cost?
Here are comparison charts for Office 365 for home use, which starts at $6.99 per month or $69.99 per year, and business use, which starts at $5 per user per month. The boxed Mac version, which comes out in September and doesn’t include cloud-based functionality, will cost $139.99. It appears there won’t be a boxed version for PCs at this time.

Office 365 subscribers can get Office 2016 for Mac now — it was released last month.

Windows users can check out the preview for free. But not all of the features are available in the Preview and you will have to uninstall Office 2013 to use it. If you’re not super comfortable with installing and uninstalling operating systems, the official release is scheduled for this fall so you won’t have to wait too long.

PrevPreviousHow To Delete Old Email Accounts But Stay Connected To Your Contacts
NextSkimmer Alert! Where To Think Twice About Using Debit and Credit CardsNext