Home » Tech-User Advice » Tech-User Productivity » Do You Talk To Your Computer? Here’s What You Can Tell It To Do 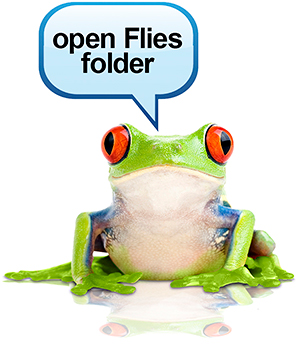 Do You Talk To Your Computer? Here’s What You Can Tell It To Do

Sure, you talk to your smartphone. Siri or Cortana (or Google Now) searches the web for you, sends texts or reminds you to do something. But do you talk to your computer? Do you ask it to open apps and find files? To delete this and capitalize that?

The fastest way to get your computer to do something is to ask it! Soon your voice alone will accomplish everything you can do with a keyboard. Here’s how to start right now:

The first thing to do is get a feel for how your computer interprets voice commands. The online instructions can seem a little thin so expect some trial and error as you get going — since you’re not using your keyboard or mouse, it’s a new skill set.

There are two basic ways to control your computer with your voice. First, you can dictate text instead of typing it. Second, you can give your computer commands. When you dictate, your spoken words appear in your document as you speak them. You also speak the punctuation — comma, period, open parenthesis, etc.

Using voice recognition to control your computer can take some time getting used to. And the people around you (and your pets) may need some time to adjust, too! But once you get the hang of it, you’ll be amazed at how fast you can zoom around — you’ll wonder why you haven’t been talking to your computer for ages. You may even start to imagine the day when you won’t use a keyboard at all.

That day is coming.

In fact, it won’t be long before we move from asking our computers to complete tasks to asking them to solve problems. So instead of asking your computer to open an app, you’ll ask it things like, “In which three US markets might my new product most likely succeed?” or “If my patient has symptoms, which tests should be completed first and why?” With cognitive computing capabilities like the ones found in IBM’s Watson, the computer that won Jeopardy, communicating with your device will become more like communicating with an intelligent human being. Related technologies include artificial intelligence, natural language processing, machine learning, speech recognition and speech synthesis.

And it all starts with the speech recognition and dictation software, which is already on your computer. What are you waiting for? Hop on it!

PrevPreviousUniversity of Calgary Ransomware Attack: 5 Lessons To Learn
NextBiometrics: How To Use Your Face To Get Things Done FasterNext