Home » Software, Tools & Trends » Biometrics: How To Use Your Face To Get Things Done Faster 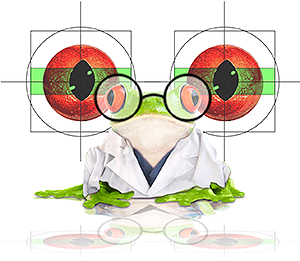 Biometrics: How To Use Your Face To Get Things Done Faster

August 2016: You are one in 7.125 billion! Your DNA, fingerprints, retinas, voice, ear shape, vein patterns and the way you walk — all unique.

And all can be read! That’s why biometrics authentication is so secure. But it’s also a super timesaver. If your mere presence was enough to log in to devices and apps, how much smoother would your day flow? Here’s how you can use biometrics right now and what you can expect soon:

Fingerprint scanners and facial recognition technology
Most biometrics are visual. Apple’s Touch ID sensor was the first to take off for consumers and now it’s a standard for higher end smartphones. Touch ID is a scanner that takes high-resolution photos of your fingerprint and encrypts and stores the photos in a secure chip on your phone. Android’s fingerprint scanner technology works in generally the same way and has been built into Android 6 Marshmallow. Regardless of the type of scanner your phone or computer uses, a matching fingerprint will unlock your device and sign you into apps like iTunes, DropBox, PayPal, Dashlane, Amazon.com, Bank of America, 1 Password, and many more.

Windows Hello for Windows 10 uses different technology. Instead of taking photos, it uses a near-infrared (IR) camera to create a 3D data representation of your face or the iris in your eye. These representations can be more accurate and secure than photos and can recognize you even if you haven’t shaved, are wearing glasses today or have puffy eyes because you just woke up. Signing into your computer is as fast and simple as looking at it — it’s one of the most time-saving biometrics technologies to date and it will become the standard. Dozens of new computers are now built with IR cameras and so are some phones, like the Lumia 950.

No IR camera on your computer or phone? You can still use Windows Hello because it also works with fingerprint scanners.

Biometrics for quick access to your devices, apps and files are just the beginning. Facial recognition is changing the way we interact online, starting with the way we shop (of course!). MasterCard Identity Check, for example, uses facial scans to let you take a selfie to make a payment instead of entering your credit card number. Users in the test program love it — 92% prefer the selfie ID process over the traditional process.

Biometric databases bigger than you can get your mind around
One of the most convenient and advanced facial recognition apps is brought to you by Facebook and its Moments app. Facebook’s technology, in fact, is better at facial recognition than the FBI’s. That’s because it stores and analyzes photos of faces taken from many different angles and perspectives. The FBI has pretty much one angle — straight on, the angle of drivers licenses and passports. Plus every time someone is tagged in a new Facebook photo, new information about that face is added to the database. Can you imagine how many photos with faces in them have been uploaded by Facebook’s 1.6 billion users?

Types of biometrics in use today
Fingerprint, face and iris recognition are the most commonly used biometrics today but that could change. Technology already exists to identify you by using:

What’s next?
The biometrics industry is expected to grow to a $30 billion market in just five years, which means development is flying ahead at warp speed. Industries from banking and retail to healthcare and home security are innovating. And you’ll get to be all the more productive for it.

But what about security and the Big Brother factor? How is all this information about you being encrypted, stored and protected, (hopefully)? There are definitely privacy concerns associated with biometrics. It’s been called a double-edged sword for both business and government, and a recent study concluded that collected biometric data requires a proper compliance system and infrastructure. Here’s what Microsoft says about Windows Hello privacy.

As much as we love productivity here at Leapfrog, we always recommend balancing it with security. Just because you can do something more efficiently doesn’t mean you should. Make sure you understand how your unique data will be handled — it’s YOUR data, no one else’s. Businesses that want to integrate biometrics authentication into their infrastructure are invited to contact us frogs. We’ve helped many clients become both more efficient and secure by using biometrics.

PrevPreviousDo You Talk To Your Computer? Here’s What You Can Tell It To Do
NextWindows 10 + Three Other Strategies For Your 2017 Budget (Part 1 of 2)Next