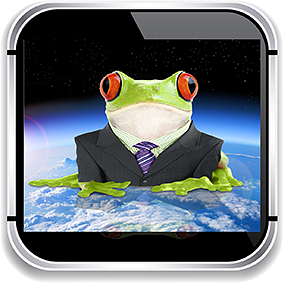 Virtual Apps: Now Business Apps (Including Legacy) Can Work On Any Computer

(UPDATED) March 2018:  First it was servers, then it was desktops and now it’s apps — virtualization has become the new normal in business. Virtualized apps run in their own environments on any computer regardless of the computer’s operating system. The operating system doesn’t matter anymore. What matters is your team gets to use whatever machines they prefer.

So if your company has legacy apps or apps that don’t run well on new computers, you now have options. Here’s how it works:

What is a virtualized app?
A virtualized app runs side-by-side with your normal operating system (OS). It either runs on a server and streams remotely (a network connection is required) or it downloads locally to your computer, but separate from your OS, so you can use it whether you’re online or not.

Whether the virtualized app streams or runs locally, it appears on your desktop and interacts with your computer just like any other app. It’s also easy to upgrade, support and roll back to previous versions, too, because it’s centrally managed. And since it’s not installed on the OS itself, it doesn’t conflict with other apps.

Virtualized apps have been around a while — you might be familiar with Fusion or Parallels, for example, which are remote application servers that run Windows on Apple computers. Windows 10  has been built to use virtualized apps to make it easier for companies to upgrade their computers. Microsoft’s virtualized platform is called App-V and two other popular options for virtualizing apps are VMWare ThinApp and Citrix XenApp.

Who is most likely to use virtualized apps?
Companies that have legacy apps and workflows that include older apps are most likely to use virtualized apps. When your company has invested a lot of money on applications built for an older OS, the ability to virtualize them can seem like a dream come true. Your employees can use new, faster, better and more secure machines while they continue to use your legacy app that’s running in a virtualized environment — it’s the best of both worlds. It’s also good timing because Microsoft is no longer selling new business computers with Windows 7 or Windows 8.1. All new machines ship with Windows 10.

Another group that can benefit from virtualized apps are new businesses that rely heavily on Bring Your Own Device (BYOD). Employees use virtual apps on their own machines and your IT department supports the app, not all the different computers.

Companies that haven’t made major investments in apps, don’t rely on BYOD or run mostly in the cloud won’t have much of a need for virtualized apps.

How does an app become virtualized?
For an app to be virtualized, your company will need the services of an experienced IT engineer. Not every application can be virtualized successfully but many can. Your engineer will have to give it a try — and run a lot of tests — to find out.

Leapfrog likes virtualized apps. We also like virtualized desktops and servers. Technology that’s more centralized is easier to manage and secure, which leads to more productive and trouble-free business operations. If you’re interested in finding out if an app you have can be virtualized, or if you want help figuring out other ways to keep legacy technology from holding you back, please feel free to contact us.Whichever app you choose, location-based reminders can save you time, frustration and maybe even an argument or two! Which could very well be worth the battery supply that’s used when having your GPS running in the background.

PrevPreviousHow the Cryptocurrency Craze Can Impact Your IT Network
NextAre Your IT Processes and Procedures Helping You Meet Your Business Objectives?Next