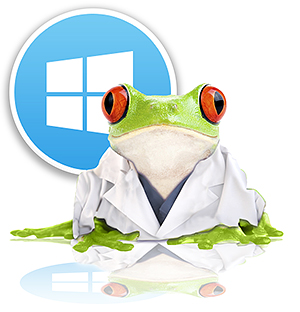 March 2016:  Your operating system (OS) is the “window” to your computing world. So changing it can change how you interact with everything from the files on your hard drive to the Internet to organizing your desktop and screen. Now that Windows 10 is more than six months old, it’s time to seriously consider migrating if you haven’t already.

Here are four reasons to hop on your upgrade sooner rather than later — and one very, very important thing to do first.

1. Easier for Windows 7 users to migrate. Since the Windows 10 interface looks a lot more like Windows 7 than Windows 8 or 8.1 did — not a difficult feat since the Windows 8/8.1 modern tile interface didn’t look like it at all — upgrading is not that big of a deal when it comes to everyday computing activities. Windows 7 users find Windows 10 intuitive because it has the Start menu and other familiar items. If you prefer the tile interface, you can use that one instead. Here’s some background on how to upgrade:

2. Speeds up your computer. Who doesn’t like a zippier computer? When you use the same computer for Windows 10 as you did for Windows 7, you’ll notice your computer will seem much faster. And if you get a new computer with Windows 10 pre-installed — and also choose one with a solid-state drive (SSD) instead of a hard disk drive (HDD) — your computer performance will increase dramatically.

3. More secure. Windows 10 is more secure than any previous Windows version. In addition to the familiar BitLocker (PC encryption) and the ability to encrypt individual files, Windows Defender (two levels) scans your PC for malware. Secure Boot prevents anyone but you from accessing your computer with a version that’s been improved since Windows 8 because it can no longer be bypassed. Additional security features include Windows Hello (biometric authentication instead of passwords) and Microsoft Passport, which works with Windows Hello by adding an extra layer of protection that uses gestures. These features are especially important for business users, as is Device Guard for super-strong malware protection.

4. Free through July 2016. You still have time to firm up any compatibility issues before you migrate for free. After that it will cost $119 for home users and $199 per machine for Windows Pro business users (most current pricing). Business PCs shipping with Windows 7 Pro and Window 8.1 Pro will be phased out later this year.

Note: If you’re running Windows 8 (not Windows 8.1), be aware that Microsoft is not longer issuing hotfixes or security updates as of January 12, 2016. Windows 8.1 will be fully supported until January 9, 2018.

Upgrading can be a good idea for all these reasons and more. Microsoft is pushing hard for you to do it, including downloading the OS onto home computers whether you ask for it or not (it waits for your OK to install). But you want a better computing experience — not a frustrating one! — and an old OS that runs your apps is better than a new one that doesn’t.

For a lot of home users and some business users, migrating to Windows 10 isn’t that big of a deal and you’ll notice immediate benefits. For most businesses, on the other hand, proactive guidance is important. Leapfrog helps clients make the transition smoother and more secure so you and your team can enjoy the benefits of upgrading without the headaches.

PrevPreviousRansomware-as-a-Service: How Not To Be Taken Hostage!
NextSpeedy Apps: Find the Movies and Shows You Want To Watch FasterNext