aka The Sage of All Frogs 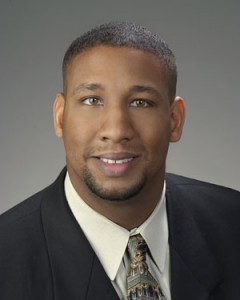 Trey was a co-founder and chief technical officer of Virtex Networks, Inc., one of the nation’s first IT infrastructure service providers. Virtex was acquired by Leapfrog in 2001. Prior to founding Virtex, Trey ran Computer Associates’ enterprise software training center in Atlanta, Georgia under a contract with RightSource Inc. During his tenure with RightSource, he honed his expertise in implementing and supporting enterprise management technology used by Fortune 500 companies. As an undergraduate, Trey managed Emory University’s computing services, where he was responsible for several major upgrades and improvements to their sophisticated computing lab.

Trey is currently a member for InfraGard, a cooperative undertaking between the U.S. Government, businesses, academic institutions, and state and local law enforcement agencies that are dedicated to increasing the security of United States’ critical infrastructures. Trey was nominated for the Atlanta CIO of the year award in 2014 and also served on a special committee to help select the CIO of the City of Atlanta and is currently serving on a committee to select a new CIO for the Atlanta Public School System. Trey is a board member and trustee for the Grace Foundation and graduated from Emory University where he earned a double major in Philosophy and Education.