COVID-19: Advice for working remotely, securely, and strategically: Stay productive and get ahead.

Google Stores Are Here! Get Your Google Gadgets Faster and Your Android Apps Vetted 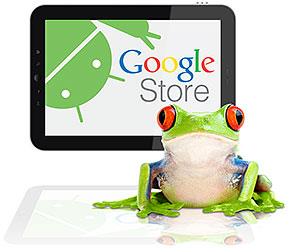 April 2015: What if you could buy your favorite Google gadgets from a single, streamlined, easy-to-shop website with a high-concept design and lots of white space? And what if the apps for those gadgets were pre-vetted so you knew they didn’t contain malware?

Sound like the Apple Store and iTunes App Store? Definitely! Except they’re the Google Store and Google Play. Brick and mortar stores may be next. Game on, Apple.

Google Store, online
At the new Google Store you can choose from all things Google and Android. This includes Nexus smartphones and tablets, Chromebook laptops, Android Wear watches like Moto 360 and Sony SmartWatch 3 and less well-known items like Nexus Player for Android TV and Chromecast for streaming media. Want a smart house? You can try Google’s Nest thermostat control and accessories.

Google Store, brick and mortar
Google has also opened a brick-and-mortar store in London. Well, part of a store anyway. Google’s first store is inside an existing electronics store and is designed to give you an immersive experience while you fall in love with the entire product line. Want to try before you buy? Write digital graffiti? Then hop across The Pond — or hope the search engine giant rolls out the concept at a shopping mall near you.

Google Play Apps, malware-free
Bye-bye, open app distribution. Hello, brainiac app vetters. Last month Google told developers they can no longer publish their apps on Google Play immediately. All apps must first be approved by a team of app experts who check it for any violations. Is it a violation to contain a virus? Spyware? Adware? A Trojan horse? Phishing techniques? You bet. Previously, Google had used automated malware scanners and before that, it was Android app Wild West. So if the app you want to download from Google Play was added in early 2015 or later, it’s been vetted and it’s malware-free. Still, this only applies to new Android apps that you get on Google Play so keep your Android anti-malware up to date.

Google is now helping to protect your kids with a global age-based rating system. Beginning in May, you’ll know if an app is age-appropriate. If an apps developer declined to answer the rating questionnaire, it will be marked as “unrated”.