Home » Operations » Net Neutrality Is Here: Potential Impact and Solutions For Your Business 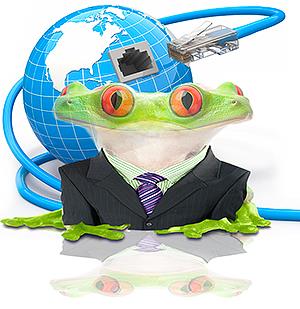 Net Neutrality Is Here: Potential Impact and Solutions For Your Business

June 2015: Net neutrality is the law of the land. Internet Service Providers (ISPs) and mobile carriers must now treat all traffic sources equally.

While this is good news for most, in the short term it could impact your business, especially if you rely heavily on cloud services. But didn’t the tech industry see this coming? You bet! Here’s a quick overview of the good, the bad and the solutions in the pipeline for speedy business Internet in the net neutrality age:

The good: ISPs can’t control the Internet to their advantage

Before the ruling, ISPs could charge different rates to different customers and favor or deny content at their own discretion. A few companies had a lot of power and paid prioritization was the norm.

The Open Internet Order makes it illegal to block, throttle or provide fast lanes and mandates transparency. The goal is protecting consumers and competition — while it sets legal standards, it does not regulate, approve or standardize rates or limit consumer choice. It also excludes the class of IP-based services that don’t connect to the public Internet, such as VoIP from cable systems and VoLTE from a mobile operator.

Net neutrality levels the playing field for small businesses and startups because they don’t have to pay enterprise-level rates for fast Internet. And since ISPs can’t block specific websites and apps or slow down specific traffic anymore, competitors can fully compete. Google, Netflix (although it flip-flopped) and startups like Tumblr have been champions for net neutrality for years. AT&T, Verizon and Comcast have been fighting it — no surprise there.

The bad: Cloud businesses take a hit
ISPs and other net neutrality opponents make the argument that high users like Netflix and Amazon should have to pay for their disproportionate use of bandwidth. Netflix, for example, is responsible for as much as one third of Internet traffic. Some believe net neutrality is a government power grab and eventually businesses will be saddled with more government regulations, fewer opportunities for innovation and innovation-killing uncertainty.

In a word, yes. But don’t panic. Your cloud services won’t be slowing down overnight. Cloud service providers will have to take a step back to regroup but the cloud-based computing industry was built on rapid change and is filled with more super-smart, innovative professionals than ever before. The brains behind Office 365, Salesforce.com, Workday and others saw this coming.

The solutions: Fiber optics and pay-for fast lanes
While there are ups and downs to net neutrality, it isn’t one or the other for most businesses in the long run. It’s just different. Some of the biggest players in the cloud game are already on it, and so are some of IT’s most nimble, inventive service providers.

Take Microsoft’s trans-Atlantic and trans-Pacific fiber optic operations, for example. Through deals with partners, new construction and acquisitions, Microsoft has been spending billions on fiber optics cable technologies and more reliable connectivity. Facebook and Google are pouring in money as well — their goal is fast, available Internet delivery for all of their various platforms and offerings. How about Amazon and Yahoo!? They don’t want to be left behind and are also investing heavily.

IT service providers want to offer competitive advantages for their customers, too. So if you want your company to have Internet that’s faster and more reliable than consumer-level Internet, you won’t have to wait long for options that meet the new FCC regulations. Look for private networks with fast-lane solutions that you pay for to pop up by the end of the year. Much like the express lane on highways, they’ll offer traffic-free lanes for turbo-charged operations on their segment of the neutral information highway.

PrevPreviousIs Bitcoin Safe? 11 Things You Need To Know About This Growing Digital Currency
NextInsider Secrets For Your Mobile Device: 6 Places To Find The Best TipsNext