Home » Tech-User Advice » Tech-User Online Life » 12 Tips For Wireless Data Plan Shopping: How To Have Your GB and Save Money, Too 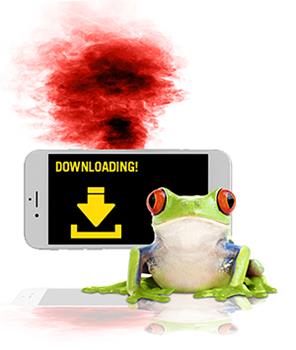 12 Tips For Wireless Data Plan Shopping: How To Have Your GB and Save Money, Too

September 2015: If you fly through data gigabytes like an eight-handed teenager who doesn’t sleep, you need a great data plan. Is an unlimited plan the way to go? Or is a no-contract plan cheaper in the long run?

Or maybe you’re fed up with your carrier or want to add your kid to your plan — with so many variables, offers and small print, choosing the best plan can paralyze you with indecision. These 12 tips should help you leap into action … and a better plan:

1. Understand the carrier mindset
Carriers are in it for the money. They love introductory offers and making it hard to compare plans apples-to-apples. They also have bottom lines so if one part of a plan seems so much better than competitors’ plans, that carrier is probably making up the difference in another area of the plan.

2. Know what you need and prioritize your list
Look at your past six months of data usage and figure out your average. Do you need more gigabytes (GB)? More minutes? If so, how much? Do you need anything else, like a new phone, additional phone lines or the ability to make international calls or use your phone overseas? Shop your priorities.

3. All GBs aren’t equal — unlimited plans can be deceiving
If a data deal sounds too good to be true, check the small print. Some plans, especially super-enticing ones, may throttle data once you hit a certain usage level. That means once you hit 5GB (or whatever the limit is), you get moved to the slow lane, which can come along pretty quickly if you’re a heavy data user.

4. Overage data is expensive data but the math may surprise you
Expect to pay $10-15 per extra GB of data if you go over your plan’s limit. This costly penalty is intended to make you buy a bigger plan to begin with. If you typically use about 14GB of data a month but are looking at a 20GB plan instead of a 15GB plan in case you go over, add up what it would cost to go over a few times a year compared to what it would cost for  the 20GB plan all year long. Which is the better value?

5. Most providers let you upgrade at any time
If you keep going over your data limit, most carriers let you bump up your GB plan with just a few clicks on their website.

6. Mega-data plans have sweet spots
Carriers with tiered data plans can seem easy to understand but take a deeper look. For example, right now Verizon charges more for some additional GB and less for others. Verizon’s current XL plan gets you 12GB of data per month for $80 but if you choose the next higher GB plan, you get 20GB for $120 per month. That’s $5 more per GB to upgrade. But the cost per GB to upgrade to the next tier is $10 and the tier after that is $7.50. It’s all marketing because GB costs the same for carriers.

8. Phones you buy from carriers are expensive
Plans typically include a phone that you pay for in monthly installments. If your installment is $24 a month for 30 months, that’s $720 for the phone — ouch. Keep this in mind when comparing plans.

9. Don’t forget about access fees
When you’re comparing GB amounts for family plans, remember to include the per-phone cost. Some carriers charge more for the first couple of phones and less for the next phones, and some carriers charge twice as much for access than others. AT&T, for example, currently charges a $40 monthly access fee per phone while Verizon charges $20.

10. Plans and pricing vary by location
If you’re traveling and see a great offer, it may not apply to you. Markets and competition within markets differ so carriers offer different deals depending on the location. And plans and prices change all the time. Weekly, even.

11. Service and coverage varies
Shopping for price alone may cost you other things. Do some research before you sign so you’re not blindsided. Consumer Reports found that customers liked AT&T best for 4G service, T-Mobile for value and customer service, Verizon for voice, text and data service and Sprint didn’t have a stand-out category. Smaller local carriers can get higher ratings from customers than their top tier counterparts so don’t limit yourself to the big four.

12. There’s an app for that — woohoo!
Or there’s a website, anyway. As mentioned, plans change A LOT so one of the best ways to shop around is to use a web-based database like you do when shopping for a hotel. Select the number of lines you want, the phone (often optional), the amount of data, text and minutes you want … and then let the website do the work. See WhistleOut and WireFly.

While finding the best wireless data plan may be a moving target, you’ll have a better chance of hitting a bullseye once you understand how the game is played!

PrevPreviousSkimmer Alert! Where To Think Twice About Using Debit and Credit Cards
NextHow To Choose a Cloud Provider for Your Small or Medium-Size Business: Part OneNext