Home » Cloud » Cloud Computing’s “Notorious Nine” Risks for Business: What’s Up (and Down) For 2013 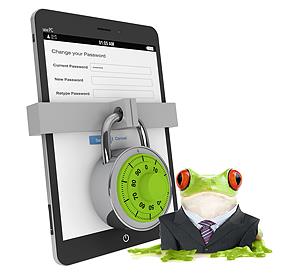 Cloud Computing’s “Notorious Nine” Risks for Business: What’s Up (and Down) For 2013

June 2013: Do you know what the greatest threat is to your company when you use cloud-based services? How about the nine greatest?

The brainiacs at the Cloud Security Alliance, a nonprofit that researches and promotes best practices for cloud-based services, recently released its report, “The Notorious Nine: Cloud Computing Top Threats in 2013.” While the Notorious Nine risks are largely the same as in the 2010 report, they rank in a totally different order.

Here’s each risk and how it can affect your company, plus a quick analysis from our top tech frogs on what’s changed in the cloud during these past three years:

The top three Notorious Nine threats this year — data breaches, data loss and hijacking — are way up when compared to 2010, when they were numbers 5 (tied) and 6. That’s because hacking is big business now, with big investments and even bigger returns. In addition, businesses are focusing on being more efficient and budget-conscious, which often means letting down their guard about IT security. In fact, data is less secure now than it was six or seven years ago.

At the same time, since 2010 there’s been an explosion of consumerization, or consumers driving technology decisions. People want to use their own smartphones and tablets for work (BYOD is here to stay!) which means IT departments are no longer in control. Which means the data isn’t controlled either — it’s literally everywhere! Data breaches, loss and hijacking are all easier when the IT pond that needs to be protected is literally global.

On the other hand, cloud services are safer in some ways — abuse of cloud services, shared technology vulnerabilities, malicious insiders and insecure interfaces all rank as lesser threats today. The services are more mature, providers are more sophisticated, and clouds in general are more stable. And hiccups that take down the whole system are less frequent, leaving companies connected and hopping productively along.

That being said, it’s critical to choose a cloud provider that really knows what it’s doing so your company doesn’t leap backward instead of forward!