Home » Software, Tools & Trends » Should Your Business Upgrade to Windows 10? 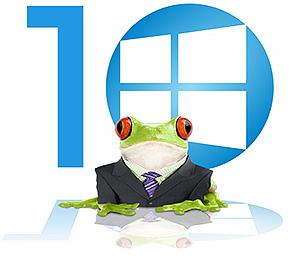 Should Your Business Upgrade to Windows 10?

November 2014: Windows-based companies, pop that Champagne! Microsoft is about to give businesses the operating system (OS) they’ve been asking for.

Windows 10 combines keyboard-friendly Windows 7 with touch-friendly Windows 8 in a single every-device-friendly OS. Here’s what you need to know and how this new OS compares to the others your company can use in 2015:

First, the basics — When will Windows 10 be released? What are the requirements? What will it cost?
Windows 10 will be released in mid-2015, run on any machine that runs Windows 7, Windows 8 or Windows 8.1 but we don’t know what it will cost yet. Some think it might be free to upgraders.

If you’re running Windows 7 and planned to upgrade to Windows 8 before mid-2015, wait.
Windows 10 will do everything Windows 8 can do so save your team the hassle.

If you’re running Windows XP and planned to upgrade to any other available OS on the planet, stick to your plan.
Windows XP is business suicide. You know that already. Choose your best option here.

Surprise! Leading edge over bleeding edge does not apply this time.
There’s no need to wait for the first service package to be released before jumping in to this new OS — how often do you hear that from IT pros? Your company can feel confident upgrading to Windows 10 right away because it’s not a whole new OS. It’s more of a combination of existing releases bundled together with a name that makes you think it’s new, so most of the bugs have already been worked out. Any problems you may have should be minor and manageable.

There’s just one Windows 10 caveat at this time.
The thing that may slow down your company with a Windows 10 upgrade is the possibility that some of your apps or peripherals may not run on it. Your IT department or managed service provider will be able to verify this — from anti-virus software to printers, scanners, biometric readers and all the rest. Even if you do upgrade and run into some trouble, Microsoft will most likely include downgrade rights with its Windows 10 licenses (but we won’t know for sure until it’s actually released).

Your team will have plenty of reasons to appreciate Windows 10.
Our frogs test drove the Windows 10 Technical Preview (you can too, by joining the Windows Insider Program for PC experts) and here’s what they like best:

As with Windows 8, developers can write one set of code that works for all Windows platforms —phones, tablets, laptops and desktops — which means updates and new apps can be developed faster. And with Windows 10, Microsoft will also be creating a single Windows app store for all devices that your company can customize. See full reviews at PC Advisor, CNET and ComputerWorld. The mobile version preview will be released later.

Compare Windows 10 to the other available OS options.
Check out Which OS Is Right For You?, a useful table that shows who each OS is good for, who it’s not so good for and which industries like it the best.

What if your company doesn’t want to upgrade?
Then don’t. Unless, as we said, you’re still running Windows XP, there’s no reason to upgrade yours if your company is happy with its current OS. Eventually you’ll want better support and newer technology, but extended support for Windows 7 continues until January 2020 and for Windows 8 until 2023.

But if you’re ready to add touch functionality to a Windows 7 environment or to appease your keyboard users who have been struggling in a Windows 8 environment, you’ll definitely want to jump on this OS!

PrevPreviousEmail Like A Boss! Advice From 5 People Who Get A Lot More Email Than You Do
NextApple Pay: 6 Reasons Tapping Your Phone At Checkout Is Safer Than Swiping Your CardNext