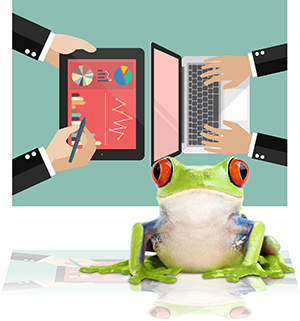 Pros and Cons of 2-in-1 Laptop/Tablet Hybrids

Update for January 2018 (Originally published May 2016): Are you thinking of switching from a laptop to a laptop/tablet hybrid in 2018? A hybrid has a touchscreen that either detaches or can be flipped around so that it can also be used as a tablet. This 2-in-1 feature is what makes hybrids more popular than ever with consumers and businesses while tablet growth diminishes. Even enterprises are making the switch now that security has improved.

Here’s a breakdown of the pros, cons, security features and why Apple doesn’t make one.

Many models to choose from

There are dozens of Windows 10 models to choose from — every major Windows laptop manufacturer offers one, including Microsoft (Surface models), Dell, Toshiba, HP, Lenovo, Asus and the rest. Chromebook also has convertible models if you only need to access the internet. Google is increasing its focus on touch support to make Chromebooks a more attractive alternative.

Some of the more noticeable differences between models have to do with where the processor is located — in the keyboard section or in the screen section. The ones that have the processor in the screen are more like tablets with detachable keyboards. Most models are getting good reviews but a few — not so much. See recent reviews and comparisons at Laptop (part of Tom’s Guide), PC Mag, CNET, Tech Advisor, and Lifewire.

The main drawback of hybrids in business environments had been the lack of security features. Earlier models didn’t include fingerprint scanners, multifactor authentication features, locking slots or TPMs. TPMs are the hardware-based security chips that work in conjunction with software to generate codes that are unique based on the specific device — enterprises require them.

Features like these are helping fuel continued hybrid popularity, with hybrid growth coming in somewhere between 21.2% and 48% each year, depending on who you ask.

Why Apple doesn’t make one

If you’re looking for an Apple 2-in-1, settle in for a wait. Apple’s Tim Cook has been resolute about why he thinks the iPad Pro with a keyboard makes a hybrid irrelevant, even though there’s no trackpad and you need to buy a separate keyboard. The Operating System (OS) issue plays a big role, too. Apple has a separate OS for mobile (iOS) and computers (OSX) while Microsoft laptops and tablets have all been running on the same Microsoft OS starting with Windows 8.

Is the hybrid approach right for you or your company?

While you might need to give up something with a hybrid — chances are neither the laptop nor the tablet will quite compare to their non-hybrid counterparts — there are plenty of good hybrid options to choose from in price points ranging from $500 to $2,000. However, when it comes to recommending or procuring devices for our clients, Leapfrog always looks for the right balance between productivity and security. For business use, we recommend our clients look at models that have both a TPM and multifactor identification features — and our Help Desk is available to clients to troubleshoot issues on any laptop models, hybrid or not. Please contact Leapfrog if you’re interested in learning more about how we work with clients to manage their IT equipment.

PrevPreviousWhat You Need To Know About Enhanced Email Security
NextConnecting Via Facebook or Google: Are Social Network Logins Safe?Next